Editor's Note:
This is an incomplete article I wrote following our 2015 trip to Sanibel Island.  I ran across it this morning and decided to publish as-is after the devastation brought to Sanibel Island and the surrounding area by Hurricane Ian on September 28, 2022.
Evenin' Folks,
I had the opportunity recently to visit the south west coast of Florida and I've gotten to the point lately that if I'm going to visit somewhere new with lots of water, I'm going to take a fly rod and try to do some fishing!  We stayed in a town called Port Charlotte, a bit north of Ft. Meyers and Naples.  Our hotel was just about a 30 minute drive from world renown Sanibel Island.
When the Little Girl and I travel, we tend to leave home very early in the morning so we don't waste a whole day driving.  We got down to the hotel in the very early afternoon, so we decided to drive over to Sanibel to check out the area and, perhaps, sit on the beach a little while.  I had done some research before we left home, got some advice from author and friend Steve Hudson on where to fish in the area and an internet search turned me on to a local fly shop.  Norm Zeigler's Fly Shop is a great little local shop and Norm is an incredible wealth of information drawing on decades of fly fishing experience around the world.  Norm gave me some great advice on where to go, what flies to use, how to fish them and, really saving me, he let me rent a Redington Crosswater reel to use with the loaner rod I got from Thomas & Thomas.
We drove around for a little while, checking out the island, then decided to head to the beach so the Little Girl could enjoy the sun and surf and I could make some practice casts with the Thomas & Thomas Solar 9' 8-weight rod.  We pumped the parking meter with enough quarters to last us several hours and headed down the board walk under a canopy of trees and brush to the beach.  Just before reaching the dunes, a rumble of thunder told us that we may have fed the meter a little too much a little too quickly.  We got onto the beach just in time to see some very dark clouds rolling in and beach goers packing up their towels and heading to the parking lot.
We ended up leaving the beach for a while, cruising around the island exploring.  The storm ended after about an hour or so, so we headed back to the beach.  I got to make some casts with the T&T rod, and I gotta say, as much as I love my ultralights, casting the big fly rod was an absolute blast!  We were there during the outgoing tide, but because of all the wind and rain the water was pretty churned up and muddy.  I didn't get a single bite, but I had a lot of fun out there blasting casts into the surf.  So much fun, in fact, that I didn't notice the dark clouds rolling back in.  Another rumble of thunder and we decided to call it a night, grab some dinner and head back to the hotel.
On Saturday morning we headed out early (after some cinnamon rolls from the Holiday Inn Express breakfast bar!!!) and went to the first beach on Captiva Island, literally!  I made some casts from the rocks toward the bridge that links Sanibel and Captiva.  The water was still pretty dirty from the rain the night before, even the bait guys weren't getting any bites.  I ended up giving up on fishing after a couple hours or so, I was really concerned the someone might walk into my back cast and more than once a swimmer swam way to close to my fly for my comfort.  After relaxing on the beach a little longer we packed up the car and went for a drive.
We decided to drive through the J. N. "Ding" Darling National Wildlife Refuge in hopes of spotting some interesting wildlife.  After driving for a little while we stumbled upon the realization that we weren't going to see much from the car.  Along the roads for most of the refuge, all you really see are trees and mangroves.  Most of the spots big enough to pull the car over and look around were full and there were a lot of people out fishing in all of the open spots along the road.  We found an empty pull off and got out.  There was a board walk that lead to a fishing platform over the water.  At the urging of the Little Girl, I grabbed the Solar rod out of the back of the car and we headed to the platform.  The fishing platform was surrounded on three sides with dense mangroves, but in front of the deck was a gorgeous little cove.  The length of the 9' Solar rod gave me the reach I needed to make some side casts over the railing and into the lagoon.  I was amazed by the number of fish we could see swimming around in the water.  I'm pretty sure I saw a school of redfish hugging the bottom within easy casting distance.  The were unfazed by the Norm Zeilger Crystal Schminnow that I was throwing to them.  I cast a few (dozen) more times, then cast the fly out one more time so I could load the line back on the reel and we could retreat back to the air conditioning of the car.  With my line out in the water, I stood there a moment talking with the Little Girl, laughing about how much fun she was having taking "selfies" with my phone, when my line tightened and took off across the lagoon. 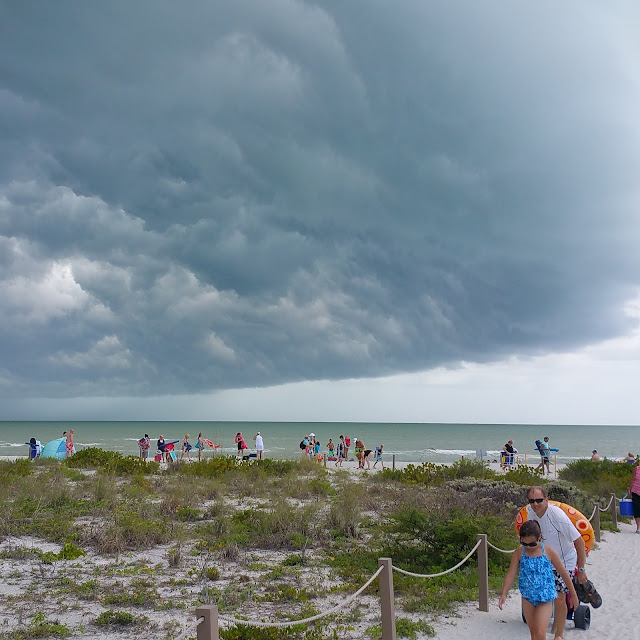 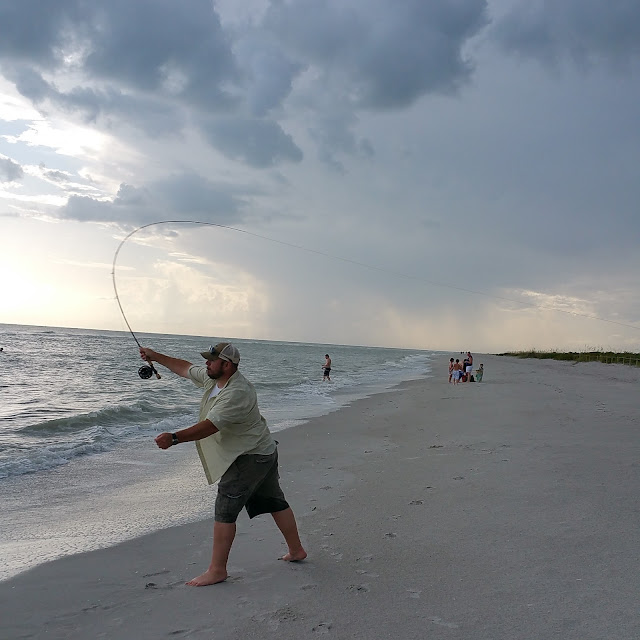 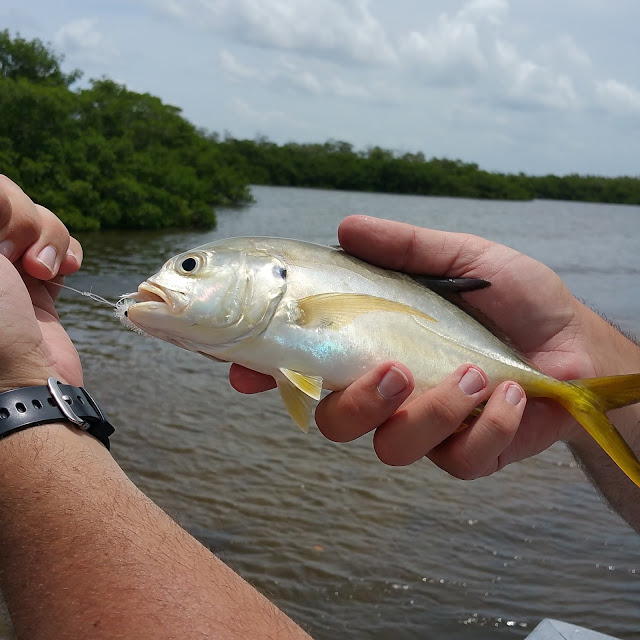 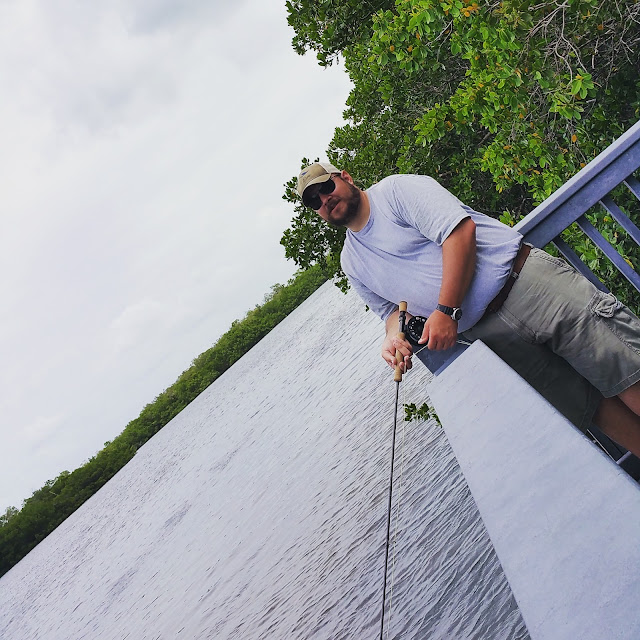 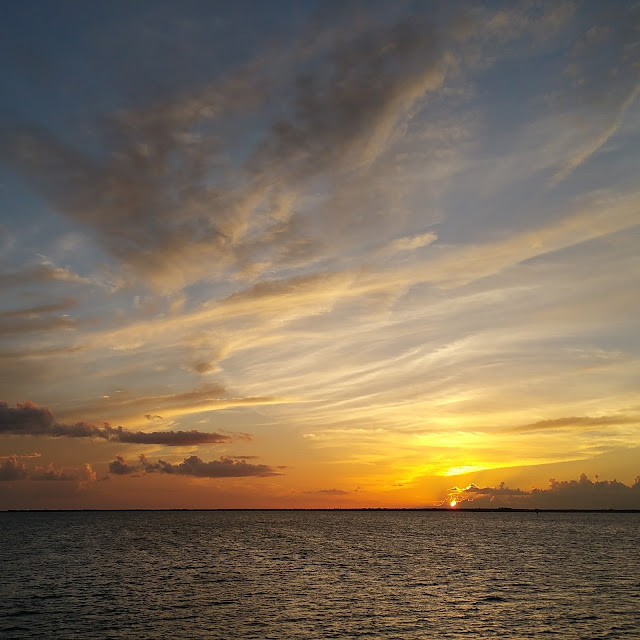 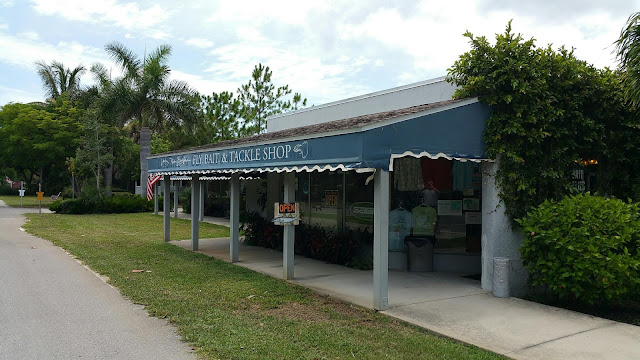 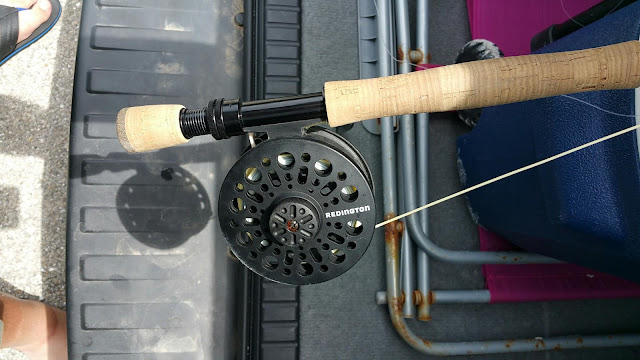 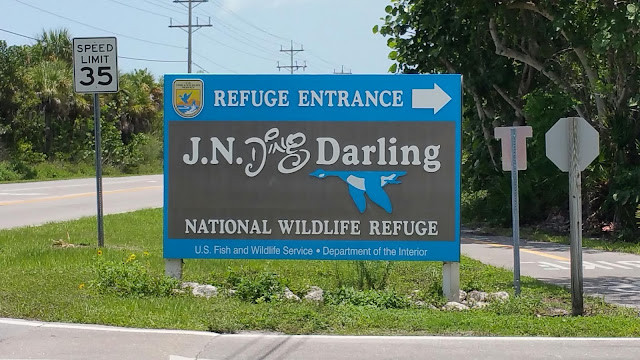 Posted by The Suburban Angler at 10:33 AM No comments: